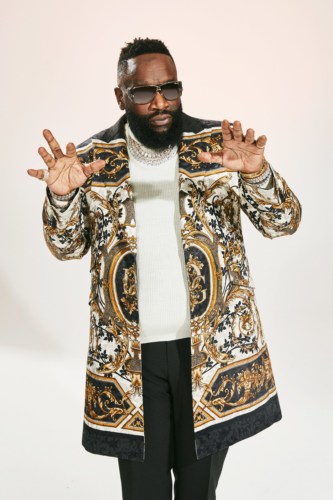 Finally, Rick Ross has taken a driving test and has obtained his license.

Rick Ross may own over 100 cars, but definitely has not been driving them Instead, he Joyrides with his mother and sister. However, the rapper decided it was time to put a stop to that.  After 45 years of living without a license, the rapper was finally influenced to head to the DMV and take his test.

While doing an interview on Today, the father of 4 revealed that on Tuesday, September 7th, he hitched a ride over to the Department of Motor Vehicles after being pestered by his mother and sister to, stop joyriding.

“I went, took the test. It took me an hour. You know, I missed a few answers but I got it, I got it,” Ross told the interviewers.

“You know, you should have your license,” he went on. “Anytime I got pulled over, by the time the officer pulled up…” the “Mafia Music” hitmaker said with a smile, insinuating that local law enforcement has become pretty familiar with his license-free cruises.

The post Rick Ross Finally Gets His License At 45, Now Free To Drive Collection Of Over 100 Cars appeared first on tooXclusive.