Nigerian singer, Buju has been on a good run lately and recently recorded songs with two top female artists, Asa and Tiwa Savage in one night. 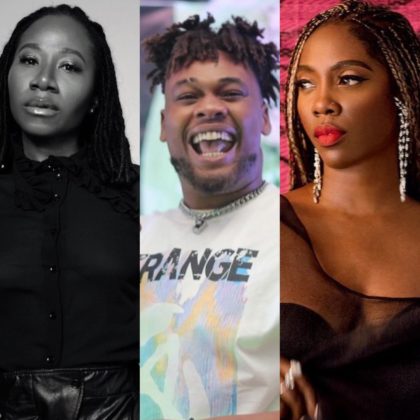 The video was shared by Buju’s fanpage @bujunews via their Instagram page on Wednesday, the 16th of June 2021. In the video, Buju is seen in different studio spaces with Asa and then, Tiwa Savage.

” before expressing his delight with the song they created, “What a record

“. The singer also shared a screenshot of his chat with his father congratulating him on his achievements. 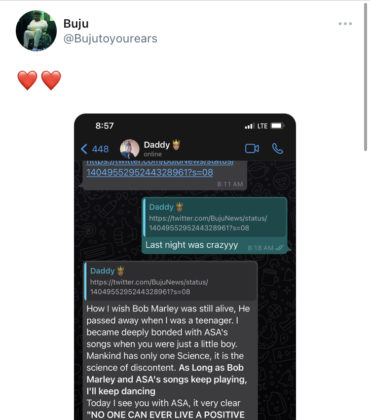 Buju has had a great year so far, featuring on Ladipoe‘s massive hit “Feeling“, and ‘Bling‘ by Blaqbonez along with Amaarae. Then dropping a hit of his own with ‘Outside‘. Now we can’t wait to hear the duets he has in store for us with Asa and Tiwa Savage. It’s interesting to note that this will be Buju’s first collaboration with any of the top female artists. It appears we’ll probably be seeing another side to Buju very soon.

The post Watch Buju Recording Songs With Asa and Tiwa Savage in One Night appeared first on NotjustOk.