Home Celebrity Gist Rick Ross Reveals He Saves Money By Cutting His Own Grass and... 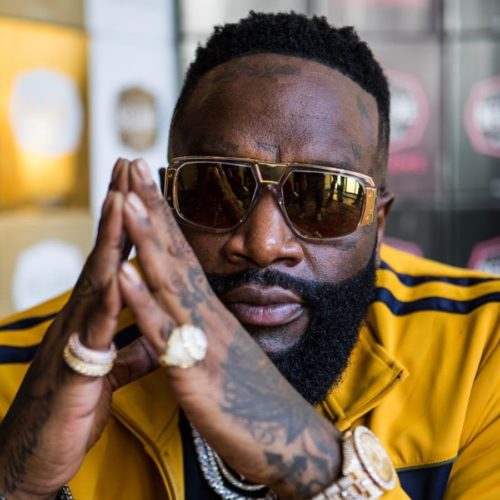 Rozay has revealed how he does some of the domestic hard work to help him save money and maintain his lifestyle.

Ross proudly resides on a 235-acre estate in Fayetteville, Georgia that was previously owned by boxing legend Evander Holyfield. Although he took over the property, he isn’t following in his footsteps financially.

Rather than spending close to 500 Million naira a year to maintain the mansion’s lawn, Ross disclosed to Forbes that he actually cuts the grass himself.

When I bought the Fayetteville estate, locals would see me walk out of a restaurant and scream, ‘You know Holyfield spent $1 million a year to cut the grass.’ So I decided that I was gonna cut my own grass. And that’s what I did. I went down to John Deere and asked to see the biggest tractor, the most efficient tractor.

I told them I had 200-plus acres that I wanted to keep cut, and they pointed out the right tractor. … I may have sat in the same spot for two hours before I got everything working, but once I got it going, I didn’t stop. I cut grass for about five hours.

He further revealed that cutting his own grass helps create a balance in his lifestyle.

I realized that this was something I wanted to do. It was subconscious,” he continued. “I sit there and have my cannabis rolled up, and, man, I look at the property and can appreciate my struggles and my triumphs, those rough days.

It’s the smallest thing, but it keeps a smile on my face. So, you know, for anybody who doesn’t cut their own grass, I would say take time out every two or three months to cut your grass because it is such a great and peaceful sensation.

Another way in which Rosay saves money is by taking commercial flights on Delta as much as possible. He also told Forbes that he forges partnerships with companies that align with his lifestyle, which affords him the financial freedom to spend money on the things he has always wanted.

Yes, I’m not about throwing money away, but it’s important that people enjoy the fruits of your labor and stay ahead of the curve. I make sure that I am surrounded by love and inspiration and motivation.

Through the window I am looking out of right now in the Southwest Ranches, I can see my red-on-red 458 Ferrari, and it is inspiring.

The post Rick Ross Reveals He Saves Money By Cutting His Own Grass and Flying Commercial appeared first on tooXclusive.