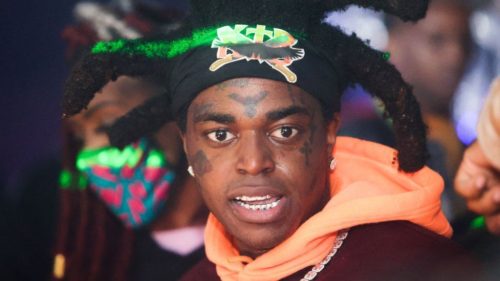 Kodak Black’s love for Donald Trump does not seem to be going anywhere.

Ever since Donald helped free him from jail, Kodak has never been hesitant in sharing his love for the ex-president of the united stated of America. Prior to leaving office, Trump granted dozens of pardons, including a nod to Kodak for his firearms case.

A couple of days back, Kodak celebrated his birthday in style with a helicopter and a Tesla truck, both customs painted in purple and gold in tribute to the late Kobe Bryant.

On Monday, June 14th, he celebrated Trump on his 75th birthday and took to social media to share photos of himself fully fitted in his navy blue “Make America Great Again” Trump outfit, including the autographed hat he personally received from the former controversial president.

Below are some reactions from fans. 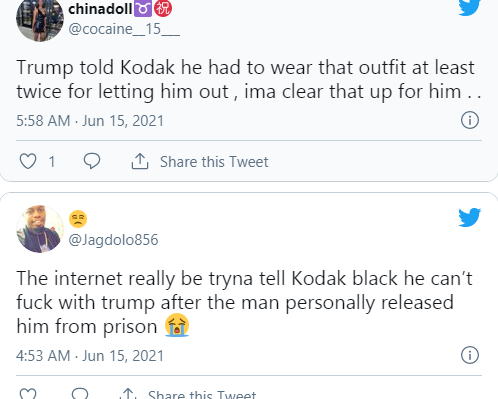 The post Kodak Black Gives Donald Trump Birthday Shout out, Wants Him Back In Office appeared first on tooXclusive.

- January 26, 2022 0
Dunamis International Gospel Centre has removed Sammie Okposo‘s name from the lineup of gospel artists scheduled to minister at their concert on Friday...

Banky W, Adesua Etomi Celebrate Their Son As He Turns 1

- January 26, 2022 0
Nigerian celebrity couple Banky W and Adesua Etomi’s son turned one on Tuesday, January 25, 2022.The couple took to their Instagram pages where...

- January 26, 2022 0
Bella Shmurda has taken to Twitter to reflect on becoming successful in the Nigerian music industry.The star made it known that he now...

Na Poor People They Stress Themselves For Dance’ – Nigerians React To Video Of...

- January 26, 2022 0
Nigerians have reacted differently to a video of billionaire Aliko Dangote dancing gently at an event saying it’s only poor people that stress...