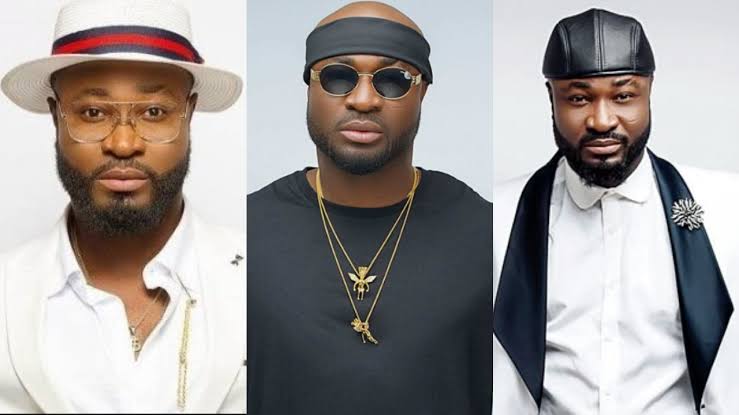 The ‘Kolombo’ crooner made this known during a recent interview.

The former Five Star Music Group recording artist also revealed that his next album titled ‘God Amongst Men’ is in the works.

“I am back in the studio to focus on my music career. I am about to release an album titled, God Amongst Men and I have started work on it with my team of about 40 people.

Not all men can be gods on earth because many are called but few are chosen. The power of music is given to very few and the grace of manifestation is few. I would win a Grammy Award. It might not be now, but when it comes, the world would see it“, he said.

BataTV - May 14, 2021
0
Chelsea manager, Thomas Tuchel, has expressed happiness after UEFA announced a new venue for this year’s Champions League final. Tuchel said he would go...

Gospel Singer, Ngozi Okoh Renders It To The Almighty With ‘Idi Ebube Jehovah’ |...

BataTV - May 14, 2021
0
Nigerian Singer, Wizkid has showered sweet words on his first son, Boluwatife.  The musician took to his Instagram page to congratulate his son on...

BataTV - May 14, 2021
0
This follows her verbal altercation with fellow antagonist, Afia Schwarzenegger which monopolized social media a few days ago. Apparently, it wasn’t Afia Schwar...

BataTV - May 14, 2021
0
FITILA UNVEILS NEW SINGLE ‘THINKING’ Afrobeats sensation, Fitila is out with a spanking new song, titled “Thinking“. The “Need You” Crooner, Fitila teamed up with...

Listen to Erigga’s new EP, ‘Before The Chaos’

BataTV - May 14, 2021
0
High-profile Nigerian rapper, Erigga has finally released his first body of work for 2021 and it is titled, ‘Before The Chaos.’ Artiste Name: Erigga EP...

King Promise comes through with ‘Slow Down’

Nollywood Actress, Genevieve Nnaji Opens Up On The Importance Of Prayer

BataTV - May 14, 2021
0
Nollywood actress, Genevieve Nnaji has told her fans to always make out time to pray. According to the Actress, sometimes people’s path to greatness...

BataTV - May 14, 2021
0
Chelsea manager, Thomas Tuchel, has asked the club’s Director, Marina Granovskaia, to get him PSG midfielder, Marco Verratti, this summer transfer window. According to...

BataTV - May 14, 2021
0
Arsenal defender David Luiz has told the club’s hierarchy that he will leave the Emirates at the end of the season, according to...

BataTV - May 14, 2021
0
Chelsea manager, Thomas Tuchel, has said back-up goalkeeper Kepa Arrizabalaga ‘deserves’ to play in the FA Cup final against Leicester City, ahead of...

BataTV - May 14, 2021
0
Download Music Mp3:- Erigga – Many Nites Before The Chaos EP by “Erigga” includes this wonderful jam titled “Many Nites”. Download and enjoy! DOWNLOAD HERE Do you...